Memory of my introduction to miniatures is as clear as if it were yesterday, and yet it was more than 60 years ago. My first tiny treasure was handed to me by my grandmother after I descended the plane that had taken our newly condensed family from California to Rhode Island in 1957. It was a tiny plasticine dog which was a brown mutt. My sister, Jean received a tiny black Scottie dog.

We played with these little dogs endlessly, losing them frequently. I remember the euphoria of finding them after one had been lost, but we never dared to take these out of the house. Very often we would retrieve the puppies by reaching down into couch cushions with our skinny little arms. It seemed our life up to this point had been mixed with so much loss and change that we held onto these thoughtful little gifts inside the place we now called home.

Grandmother had many more little dogs in her collection that we were allowed to play with, but the only ones we were given to bring home were the two gifted to us. To this day I still have my little dog, and if we ever speak in person, please do ask to see him. He has become sort of a talisman for me. He’s a symbol of my life as it was before it all changed, and miniatures began to grow in significance over the years that followed. Miniatures as therapy? For me, the answer is a definitive, yes.

As a young working woman, I began to seek out stores that sold miniatures. There was no internet, only heavy books called “The Yellow Pages”. If I stepped into a gift shop and found something tiny, it didn’t seem to matter what it cost. If I truly wanted it, I either found enough money in my wallet or begged the store owner to hold it for me until I could return with the right amount of money.

One day during a visit back home to California in 1971, our kind Uncle Joe offered to drive us to the little town called “Carmel by the Sea”. It was such a glorious day, filled with sunshine and smiles. He guided us to a tiny shop down a beautiful flower lined street that was filled with an abundance of cabinets with gorgeous one-of-a kind miniatures. I never wanted to leave that store. I had ten pounds with me of my own, which at that time was not a small amount. I spent every penny.

As time passed, I realised that a doll’s house wasn’t exactly what I was seeking. I really wished for a Toy Shop. But where could I find something like this? And then, just in time to ensure I would have zero savings for retirement, along came the Internet. Still, most of the toys in the shop have a special significance for me. Whether it’s my relationship with the artist or if it was a special gift from someone I love.

There is a perfect little teddy bear dressed as a ballerina that my husband bought for me back in 1980. And there is a story that goes along with her. We made an annual pilgrimage to “The Enchanted Dollhouse” in Vermont once we discovered this magical shop housing nine rooms of unique items unavailable almost anywhere else.

There were always multiple miniature artisan pieces in this store. Even though our daughter no longer played with her doll’s house, the excuse to visit The Enchanted Dollhouse yearly was to buy ONE miniature for Jenny’s doll’s house. The drive was beautifully scenic, and they had the best miniatures in all of New England.

Back to that little ballerina teddy bear. Once my eyes landed on her I knew she was going to be my indulgence for the year. When it was almost closing time, we made our way to the cash register in the front room. I told the proprietor that the little bear had no price tag on it. She advised us that it was one of a kind, made by a local woman, cost was $100 (£80). OK, I’m going to admit something here. I am definitely borderline insane when it comes to miniature spending, but even I knew that back in 1980 I could not justify that for one tiny toy that was going into a box in my drawer. I gave it back to the store owner, hurried back to the section where the minis were and scooped up about £20 worth of wonderful things. I was very content during the drive home. My teenage children were asleep in the back seat. My husband was quiet. He asked me how much the little bear cost and I told him. We changed the subject and went back to the reality of the long drive home.

The following day we both returned to work and the children returned to school. My husband called me around 6.00pm saying he was working late and might not be home for another three hours. When he walked into the door that night, I knew something was up because he looked so tired but also happy, then he admitted he hadn’t gone to work. He said he had a surprise for me, something he was going to save for Christmas, but suddenly saw no reason to wait. Reaching into his pocket he pulled out a tiny pink paper bag from Enchanted Dollhouse.

By now our son Jeffrey was calling to Jenny, “Come here, I think dad bought that teddy bear for mum!” This was a big event in our home as my husband is not known for spending money unless it’s for practical purposes. I cried from a combination of surprise, delight and gratitude.

This might have been the most unexpected thing he had ever done. I didn’t like the fact that he had driven all that way by himself without telling me, 12 hours of driving alone in one day. This was also during a time when people didn’t have cell phones in their cars. It was a touching gesture that will live on for me as the little bear is still just like new. It surely was and is still worth far more than $100.00 to me. The memory of how she came to be mine is still surprising all these years later.

My Toy Shop showcases one of a kind treasures from all over the world. The artists are too plentiful to name. But I do remember where everything came from. Hopefully they will never be tucked into boxes again. These minis were always meant to be shared with the miniature community. Hopefully there are enough photos displayed here so that miniature lovers out there agree with me. It was worth the wait! 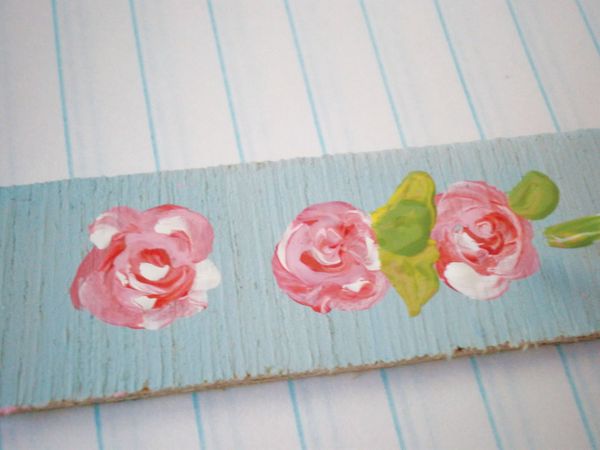 Never mind The Great British Bake Off a major broadcaster is urgently looking for miniaturists to star in a new TV series.